This one’s going to be a shorter one, but at least we have a release this time around!

To start with, here’s a comfy sound:

I cannot sing the praises of Yoko Kanno enough. She’s one of my favorite modern composers and always nails every project she’s attached to. This is one of her more recent ones.

Congratulations, everyone. WE’VE MADE IT!

This is the third novel in any series I’ve ever published! Haha! Ha! HA!

It’s like, an achievement or something! I’ve been writing for years, and yet I’ve never been able to put out a legitimate “book 3” in anything other than Nocturna League! Amazing!

That said, this amazing piece of literature will be out March 20th. Don’t worry about forgetting, I’ll make sure to remind you when it’s out.

You can preorder the thrilling book 3 in this super cool fantasy thriller by clicking here!

Enjoy! This one was a nightmare to edit, but I think you’ll be pleased with the results.

I think the story’s wrapping up well and setting the stage for the existential insanity of the final book, but you’ll have to see for yourself and let me know how you feel. This series has been a lot of fun to write overall, and the spooky vibes are easily among my spookiest ever. Look forward to it!

Yes, the great secret has been revealed! The eldritch thriller-action and high-seas adventure of Nocturna League is about to get some slick new box sets and covers! Very impressive!

I kept asking myself how to make the series, one I’m stupendously proud of and is loved widely by its readers, more palatable to newer folks. I figured that:

That said, take a peek at these covers for the official season one and season two of Nocturna League!

These sharp annals of fictional brilliance hold well over 150,000 words each, and are both less than the price of a cup of coffee.

In fact, as a preorder special, they’re ever less! They’re both only $0.99 until release! Be weary, as their price will go way up on their release windows, so preorder and catch the finest deal in the Eversea!

Season one (Episodes 1-5) will be out April 10th and you can get it for a dollar by clicking here.

Season two (Episodes 6-10) is out June 10th and can be preordered for the same low price here.

Condemnation has an audio edition!

Narrated by the talented Jacob Buchholz, he gives a life to Everhold as of yet unheard of! He gives a lot of character to the book and it just sounds super duper.

It’s on audible.com if you want it, and you can grab it by clicking here. 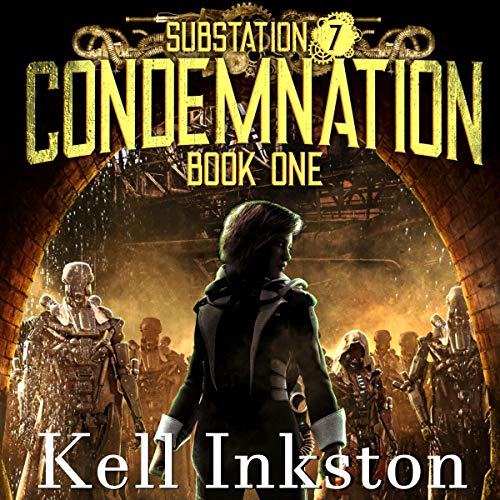 Yes, I’m afraid that’s about it for the month. I’ll be sure to let you know when Reclamation is out. I have plenty more goodies coming down the way, so look forward to it. As always, if you have any love or gripes please feel free to email me over at kellr.inkston@gmail.com. I’d love to hear from you!

Until next time (Less than a week, by my estimation)

My goal is to improve the lives of readers everywhere through the tasteful employment of excellent fiction. Shoot me an email at kell@kellinkston.com and let's talk! View all posts by Kell

This site uses Akismet to reduce spam. Learn how your comment data is processed.